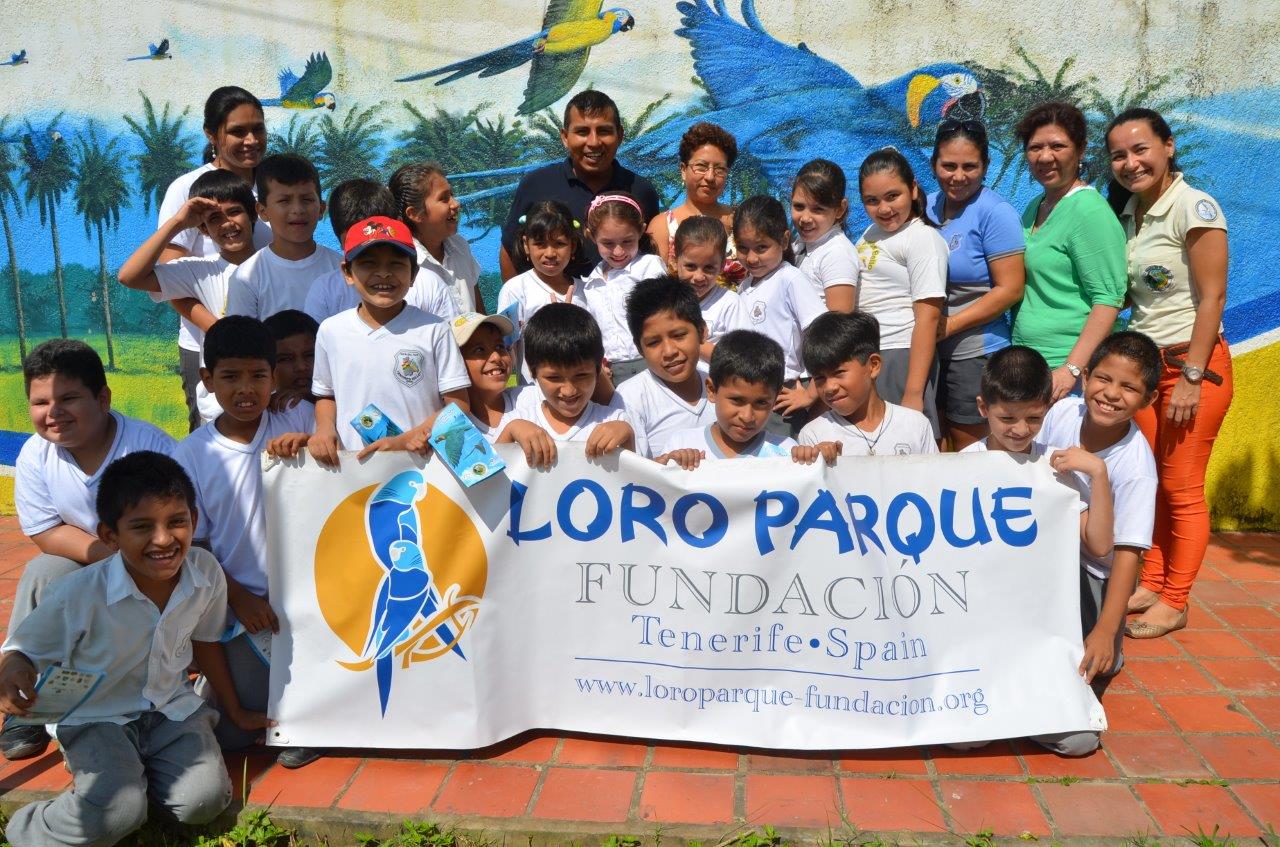 At the annual meeting of the advisory committee of The Loro Parque Foundation, held recently in Puerto de La Cruz, it was decided to allocate almost US$2 million to conservation projects to be carried out during next year 2020 across the five continents.  With this figure, the total amount that the Foundation has dedicated to the protection of nature will reach US$21.2 million.

Projects focusing on the Canary Islands and the rest of Macaronesia (Cape Verde, Madeira and the Azores) in particular will receive 37 per cent of the funds (over US$706,000), followed by the threatened species and ecosystems of the American continent, which will receive US$667,000 this year.  Other projects in Spain and the rest of Europe amount to US$233,000 and African projects will receive US$128,000 next year.  Asia, with over US$79,000, and Australia-Oceania, with more than US$45,000, close the financing that reaches the five continents, and which will be distributed amongst 50 conservation and research projects that will be implemented by 34 NGOs and universities around the world. 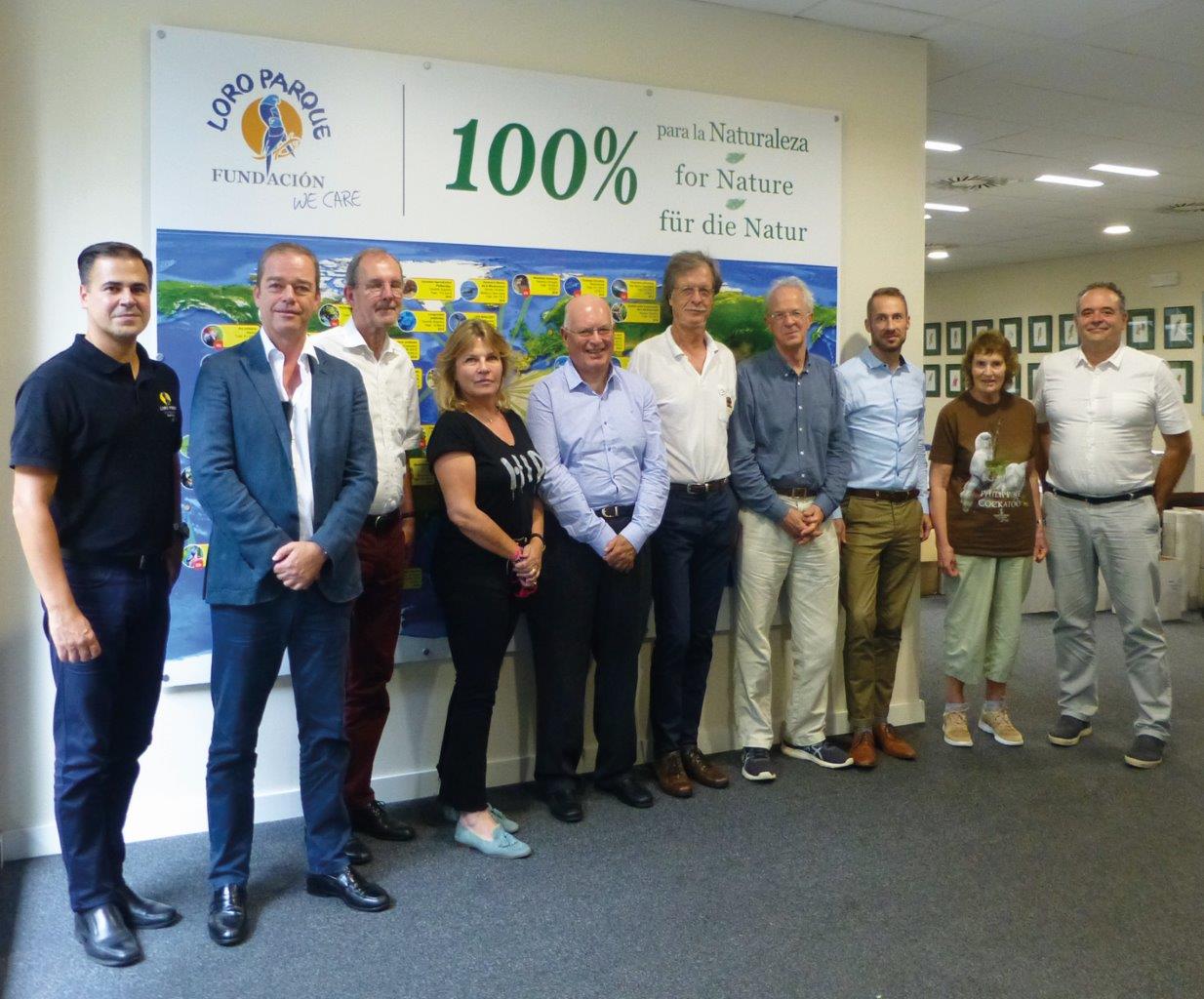 By country, Bolivia stands out with US$300,000, followed by Ecuador with over US$118,000 and Brazil with US$78,000.  Of particular relevance is the investment in Bolivia, which will include the purchase of a 650-hectare farm that will be converted into a Biological Reserve for the Blue-Throated Macaw and managed as a biological station for a local university.  But the list of countries is much longer, and this year The Foundation will also carry out projects in Mexico, Ecuador, Nicaragua, Guatemala, Cuba, Belize, Costa Rica, Zimbabwe, Ethiopia, Cape Verde, New Zealand and French Polynesia. In addition, some of these projects are trans-national, so their benefits will reach the ecosystems and threatened species of many other neighbouring countries.

From an environmental point of view, species and terrestrial ecosystems are the ones that will receive the most help from The Loro Parque Foundation (almost US$1,145,000). Of particular note is the Red-Vented Cockatoo (critically endangered on the red list of the International Union for the Conservation of Nature), whose project will receive almost US$80,000 to continue securing the populations on Rasa Island and to try to ensure that the reproductive success achieved in the area extends to other parts of the region.  Other outstanding terrestrial species and ecosystem projects are aimed at protecting the lions in Hwange National Park in Zimbabwe, the Great Green Macaw and the Lilacine Amazon in Ecuador, all of which will receive funding of over US$60,000 during 2020.

And we must not forget the effort in the conservation of marine species and ecosystems, to which The Loro Parque Foundation will dedicate more than US$711,000 next year.  Of these, almost three quarters will be dedicated to the CanBIO project, co-financed by the Canary Island Government, which began in 2019 with the installation of control and monitoring systems for climate change in the Macaronesia zone and the effects it will have on marine fauna.  Between 2020 and 2021, the project will install two control buoys, one off the island of Gran Canaria and the other off the island of El Hierro.  These stations will monitor the rate of ocean acidification, temperature increase and underwater noise.  Autonomous marine vehicles will also be deployed to carry out measurements throughout the archipelago and will be extended to the whole of Macaronesia by 2023.

The remaining marine project funding will be dedicated to the conservation of several critically endangered species such as Angelsharks and Spiny Butterfly Rays, as well as Turtles, Orcas, Dolphins, Humpback Whales and Pilot Whales.