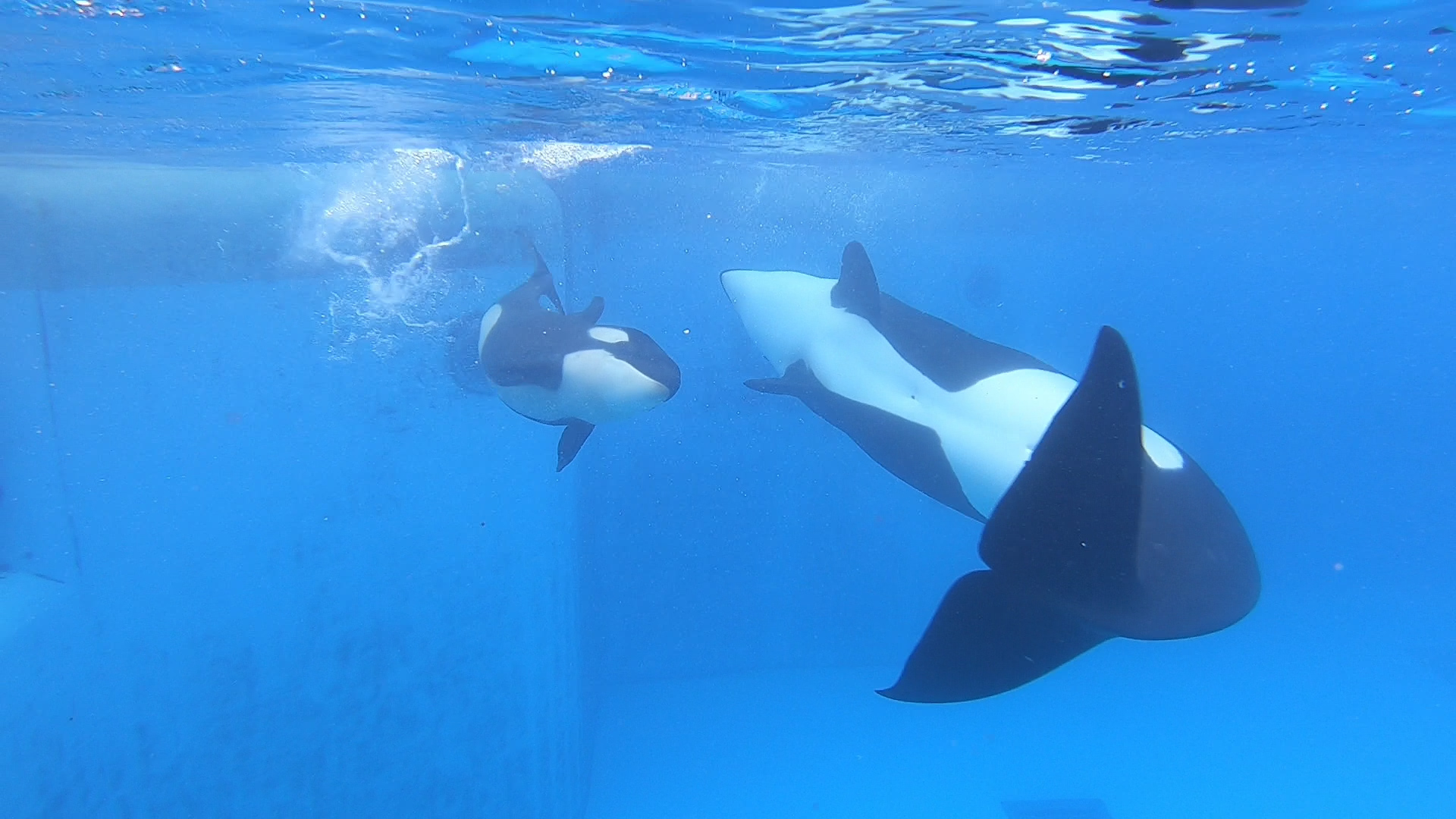 Once again, the anti-zoo activists apply one of their established schemes in order to gain popularity, media attention and, ultimately, donations. This time, as always without any justification whatsoever, they have decided to speculate about Ula’s health by using some photos, without any type of medical diagnostic data. On top of that, none of these self-proclaimed experts has even a minimal knowledge of veterinary medicine. Suffice to say, it would be disturbing enough if veterinarians issued their diagnoses based solely on photographs, but that persons without anyveterinarian knowledge nor experience presume to do so, that is outright ridiculous.

The accusations of these individuals, whose sole interest it is to get hold of all orcas and have them under their own control in an alleged “sanctuary”, are absolutely absurd and do not have any grounds at all. Ula is in perfect medical conditions as confirmed by theteam of veterinarianexperts at Loro Parque that make their conclusion based on medical diagnostic information. The same conclusion is reached by the several independent, highly experienced veterinarians who have years of experience in orcas and dolphins care.

It is simply paradoxical that those alleged animal lovers, who continuously proclaim that orcas should be moved to a sanctuary, in four years have been unable (and after spending almost one million dollars) to even find a place for this this hypothetic sanctuary. This shows very clearly that an orca sanctuary is merely an illusion, since the localisation would be a first step only – and surely it would be the easiest one. Anyone can imagine what would happen in the moment in which they have to face the enormous investments, engineering problems, logistics and animal wellbeing associated with closing a bay of the sea. Meanwhile, there remains no doubt that criticising zoos without proof and speculating about the health of our animals is still a very good business that helps them to gain donations.

The only certainty so far in this absurd story is that the alleged orca lovers, who seem so preoccupied for Ula’s health, at no time approached Loro Parque to simply ask about her condition.