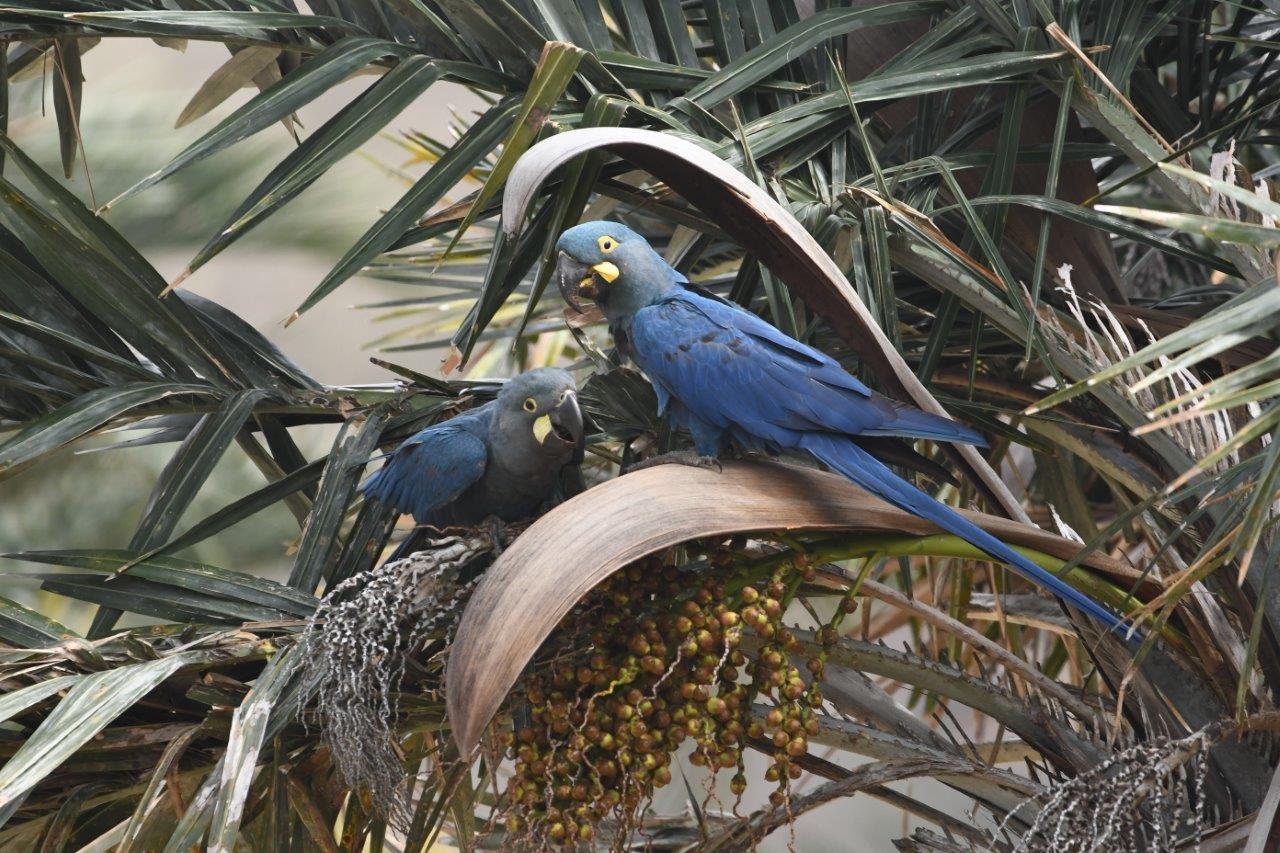 A milestone for the conservation of endangered species has just taken place: the first Lear’s macaw chick has been born in situ (in its natural habitat) from birds born and raised ex situ (outside their natural habitat) at Loro Parque Fundación, the largest living genetic reserve of parrots in the world.

The reintroduced birds that were born and raised under human care at Loro Parque Fundación have not only been able to survive in their natural habitat and adapt fully to their environment, but have also been able to reproduce. 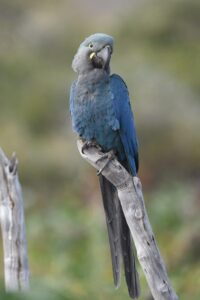 More than 40 birds have been born in the Foundation’s breeding centre, 19 have already been sent to Brazil, of which 8 were successfully introduced into the wild.

This is one of the major projects of Loro Parque Fundación, which has succeeded in changing the category of this species on the Red List of the International Union for Conservation of Nature (IUCN) from “critically endangered” to “endangered”. This event meant its salvation from imminent extinction, something that Loro Parque Fundación has managed to do with a total of 10 species to date. 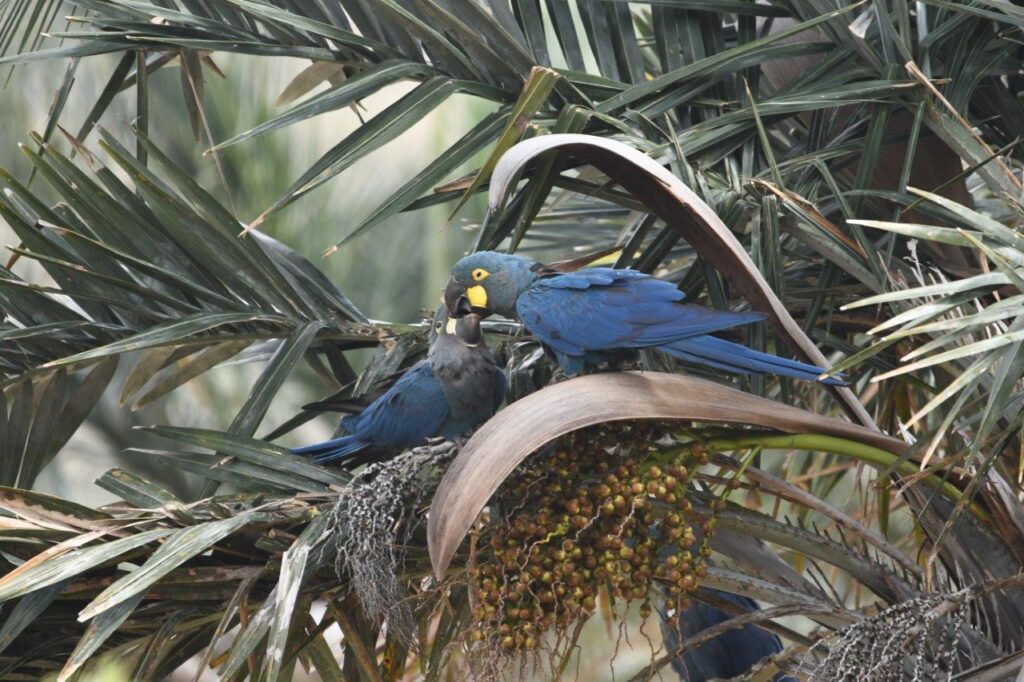 The protection and progressive recovery of the Lear’s Macaw has been a long and hard-working process, in which the ex situ work carried out by Loro Parque Fundación stands out, to whom the Brazilian Government transferred two pairs 16 years ago, in 2006, with the aim of breeding and saving a species that was in a very vulnerable situation.

In 1983 there were only 60 specimens of this species left in the wild and thanks to the perseverance of Loro Parque Fundación their numbers are now much better, exceeding 1200 individuals. This birth is one of the greatest reintroduction successes in the world, which highlights the importance of the work of the Foundation, with a track record of more than 200 successful projects in the 28 years since its inception. 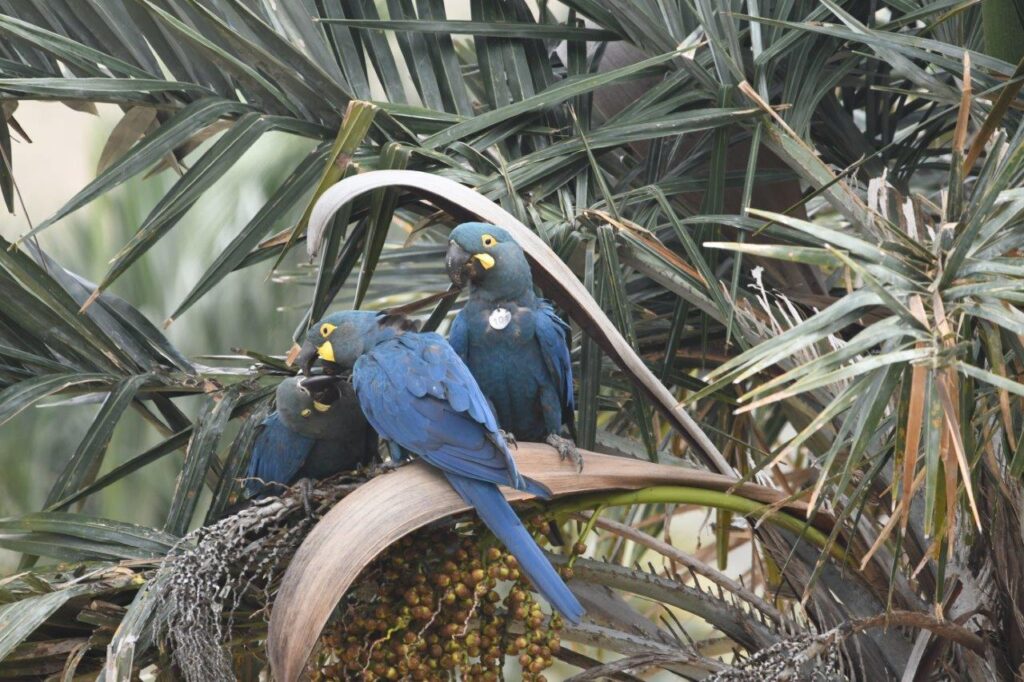 It also strongly reinforces the fundamental role of zoos as protectors of endangered wildlife, as they provide the animals with a safety net, which they often lack in the wild. They face threats largely as a result of human destruction of their habitats.

The event also coincides with the celebration of the 50th anniversary of Loro Parque, recognised twice by the prestigious travel portal Tripadvisor as the best zoo in the world.

This reintroduction into the natural environment is part of an integrated project with birds bred ex situ and in situ in which Loro Parque Fundación collaborates with more than 10 institutions around the world, such as, for example, Prague Zoo or the National Centre for Research and Conservation of Wild Birds of Brazil (CEMAVE), among many others.