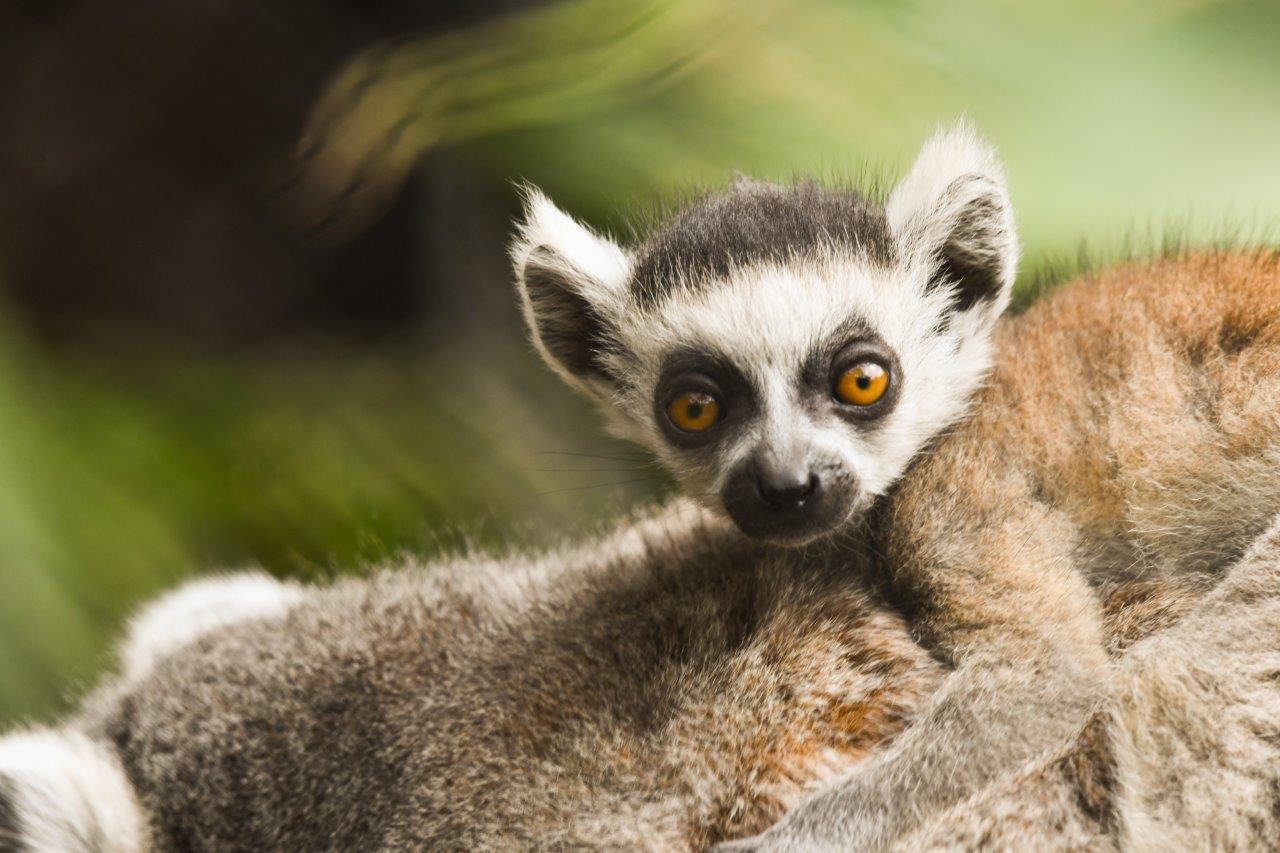 Loro Parque has recently welcomed a new ring-tailed lemur baby, which can now be seen, always cuddled up to its mother, in front of the pygmy hippo enclosure. This birth is very special, as this species was the first to breed during the COVID-19 closure, thus bringing a ray of light in difficult times. Now, the catta lemur family continues to grow under the watchful eye of visitors, who can once again visit the Park every day of the year.

The ring-tailed lemur is a species of prosimian endemic to the island of Madagascar whose population has declined by more than 50% in the last 30 years due to habitat loss caused by mining, logging and hunting, among other threats. Thus, their presence in Loro Parque contributes to raising awareness of their compromised situation in nature, favouring their protection.

Family-oriented and very sociable, it belongs to a primitive group of primates, which associate in clans of up to 30 individuals and are usually dominated by females.

In addition, this animal has a number of unique characteristics that are more primitive than those of other primates, similar to those of the first people to inhabit the Earth, such as, for example, a wet snout. This feature allows them to communicate by smell, which is their most highly developed sense. To communicate, they also use glands on their forearms to smear their tails, which they then use to wag it as they walk among other individuals.