The Hall 4.2, booth 206 is the meeting point where the company offers all the information, photos and news to the public regarding enjoyment, leisure, family tourism, nature and wellness.

As novelties, Loro Parque’s stand presents such new exhibitions, as the adorable Red Pandas, the spectacular film Rio 3D, the exposition of jellyfish Aquaviva, or the new free flight aviaries and the exclusive Animal Embassy project, which represents a true tribute to nature and where Loro Parque Fundación carries out its actions to protect species that are in great danger of extinction. Since 1994, the foundation has focused its efforts on environmental protection, having completed up-to-date 115 international projects with a total investment of more than U.S. $ 16.000.000. Pillars of its activity are based on rescue, recovery, conservation and research, in addition to the development of educational campaigns to raise awareness about threats that affect biodiversity. 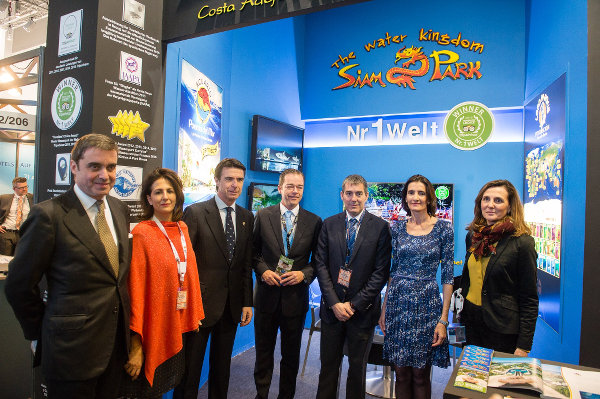 Thus, Loro Parque reinforces its commitment to nature and innovation, being the second best zoo in the World and the #1 in Europe according to TripAdvisor, the widely known travel website that awarded Loro Parque with the prestigious Travellers’ Choice Award for the second consecutive year.

At the same time, Siam Park, the #1 water park in the world, according to TripAdvisor, unveils its impressive and renowned Singha that was recognised by IAAPA as the best water attraction in 2015. Singha is a pioneering water coaster that guarantees an adrenaline shot unprecedented for the aquatic parks. Earlier this year, Siam Park received the Plaque for Tourism Merit issued by the Council of Ministers due to the park’s contribution to enriching Canary Islands’ touristic offer. Specifically, this plaque recognises public-private collaboration in mature destinations’ modernisation, proving touristic infrastructure can improve a destination’s competitiveness. 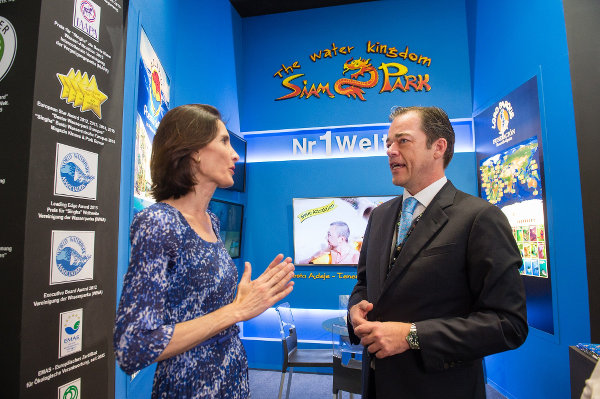 Hotel Botánico*****GL also consolidates its presence at the ITB, proposing a fantastic way to enjoy holidays in Tenerife with the quality of the best hotel consortium in the world: The Leading Hotels in the World. Hotel Botánico has also been awarded as the best spa hotel in Europe and the Mediterranean by the prestigious Condé Nast Johansens, strengthening its position as one of the world’s best hotels due to its unique facilities, featuring the amazing Oriental Spa Garden and the magnificent restaurant El Oriental, recognised as the best themed restaurant in the Canary Islands.

Loro Parque’s stand also offers an opportunity to learn the latest news about the future aquarium Poema del Mar, that is currently under construction in the cosmopolitan city of Las Palmas and that aims to become the reference in international marine conservation; as well as Brunelli’s, the most exclusive steakhouse in the Canary Islands. 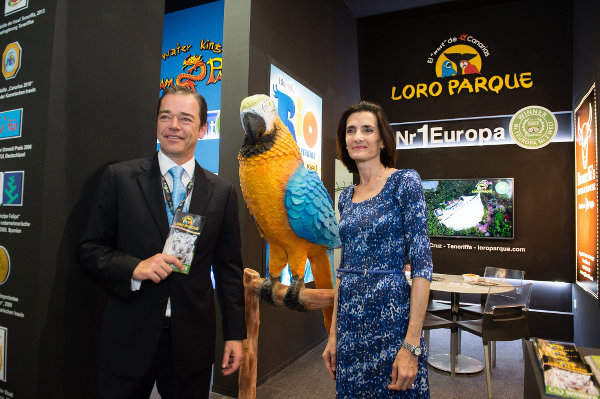 On the first day of this tourist fair, the stand of the Loro Parque company received visits by Fernando Clavijo, President of the Canary Islands, José Manuel Soria, Acting Minister of Industry, Energy and Tourism of the Spanish Government, Isabel Borrego Cortés, Secretary of State for Tourism, Pablo García Berdoy, Ambassador of Spain in Germany, Carlos Alonso, President of Tenerife’s Insular Council, Alberto Bernabé, Minister of Tourism of Tenerife’s Insular Council, and many others.