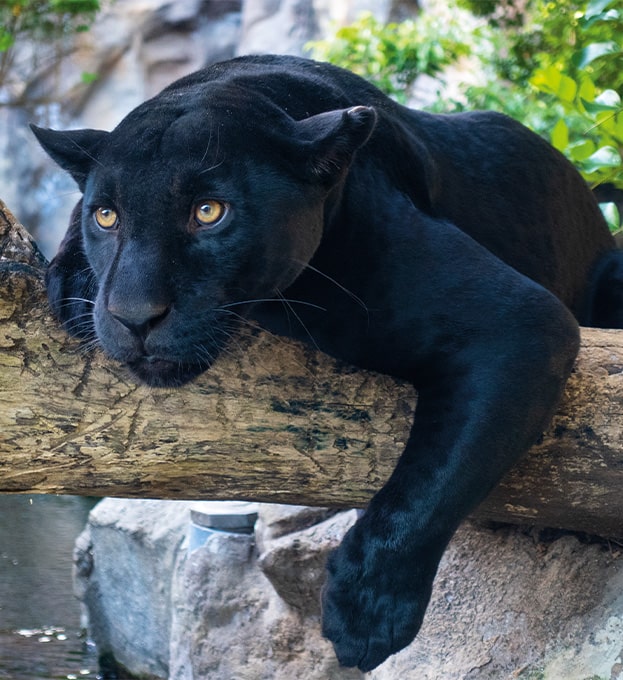 Did you know…? That Jaguars are classified as “near threatened” within the red list of the International Union for Conservation of Nature.

The jaguar is the largest feline in south america and the third largest in the world, after the tiger and the lion.

Like so many other species, jaguars have reproduced in our facilities. this happened at the end of 2019 with Naya – from the Martinique zoo in the Caribbean, and Gulliver, who came from Pistoia zoo in Italy , who produced twins. Both are part of the ex situ program of the EAZA (European Association of Zoos and Aquariums) and the birth of their young is a good indicator of animal welfare.

This species is classified as near threatened and it is still estimated that it has just over eight million km2 of suitable habitat in South America. From Loro Parque we support the Panthera organization, which has, among its objectives to safeguard 6 million km2 by creating an ecological corridor for the jaguars.