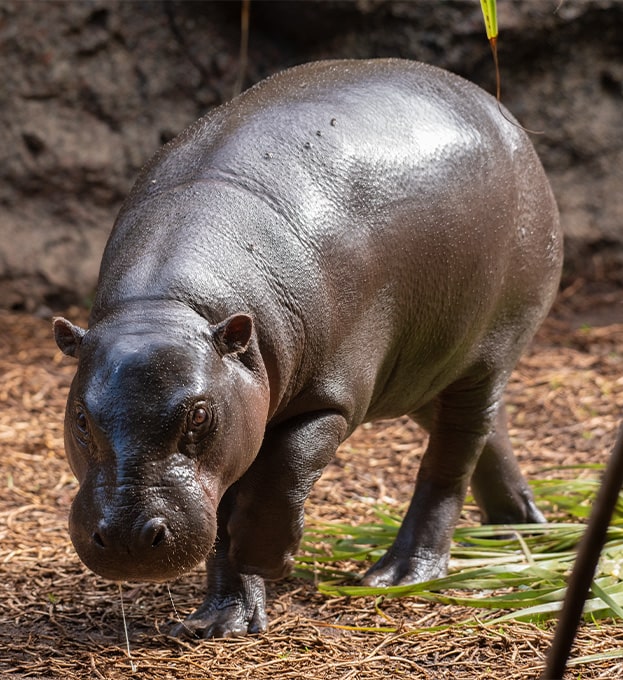 Did you know…? That this species is in danger of extinction according to data from the International Union for Conservation of Nature.

Many people mistake the pygmy hippo for a baby hippo.

At Loro Parque we take care of two females of this very special species: Malela and Adela.

The pygmy hippopotamus is considered one of the great mammals of nature. Originating in West-Africa, the pygmy hippo is characterized by its small size compared to other species of hippopotamus. They measure between 75 and 83 cm high, between 150-177 cm in length and weigh between 180 and 275 kilos. It is estimated that there are less than 3,000 specimens in the world and it is considered to be an endangered species. The hippopotamus is an ambassador for wetlands, which are ecosystems of enormous importance at a global level and which are suffering a significant setback and degradation.