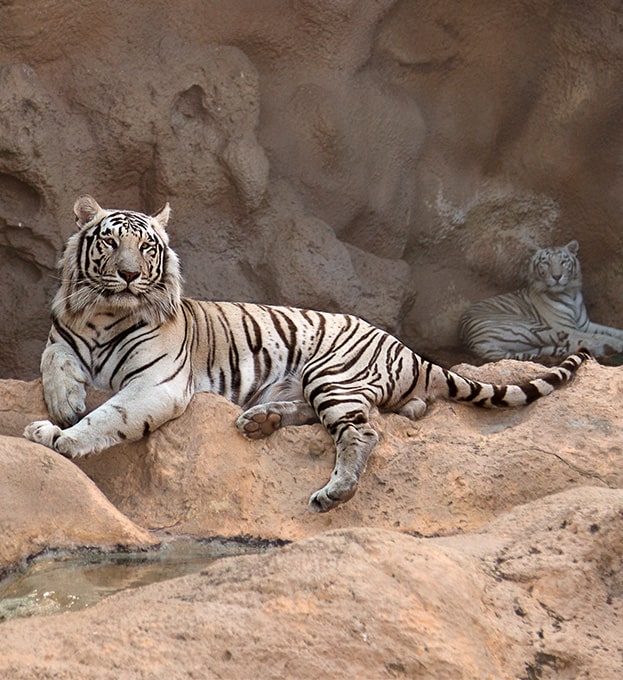 Did you know…? Although there were nine subspecies of tigers, three of them became extinct in the 20th century and, of the remaining six, two are critically endangered and another four are threatened.

The tiger is the largest feline in the world and its size slightly exceeds three meters in length in the case of males, while females are smaller, with a height of up to 1.10 meters.

When the specimens are young, they are very curious and active, although they are solitary animals that generally do not live in large groups, with the exception of the females, who travel with their young in small groups of three or four.

At loro parque and seeking the well-being of this species, we have enabled tiger island, a special place where yangyu and linmao live, a pair of white royal bengal tigers (pantheratigris) that come from the guangzhou panyu xiangjiang safari park zoo in china and are They joined our family of animals in 2012.