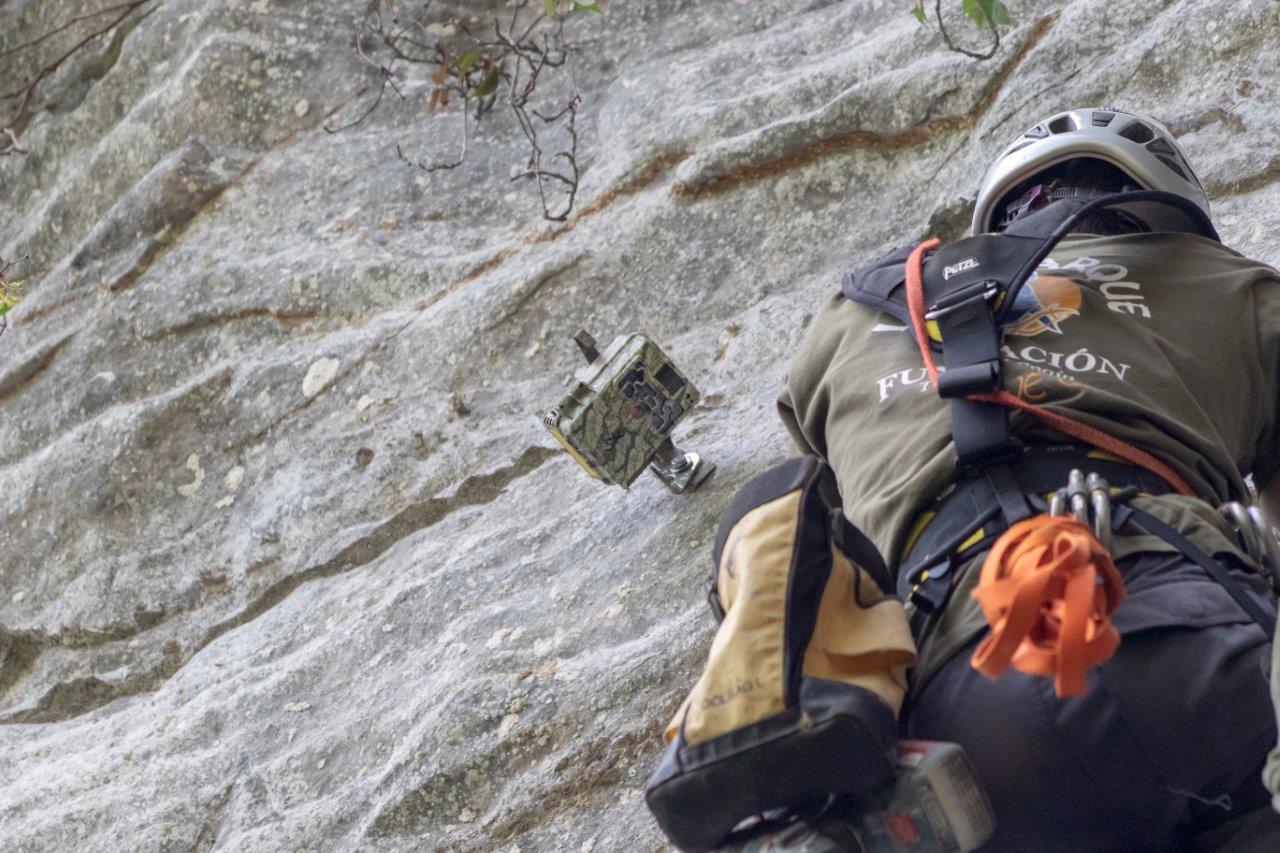 The Loro Parque Fundación continues to work for the conservation of parrot species inside and outside its facilities. And it is doing so in Cuba with a project for the protection of the Cuban parakeet (Psittacara euops), led by biologist Maikel Cañizares, which is using surveillance cameras placed at heights that have proved highly efficient.

These camera traps are one of the tools that are giving the best results in the study of threatened fauna and their placement is the key to obtaining more data on the biology of the species. In the specific case of the Cuban Parakeet, the installation of these recording devices is not easy and has been made possible thanks to the expertise of the researchers, trained in climbing techniques, who have placed them on the vertical cliffs where the species nests.

It is precisely on these vertical cliffs where the mud nests that the Cuban parakeet uses to breed are also located, which were made specifically for this project to protect the species and which are proving very successful and providing very positive results.

And although in this area of difficult access the presence of poachers is rare, the camera traps also serve to protect the nesting areas, because thanks to them any human or predator activity that takes place in the monitored area is recorded. 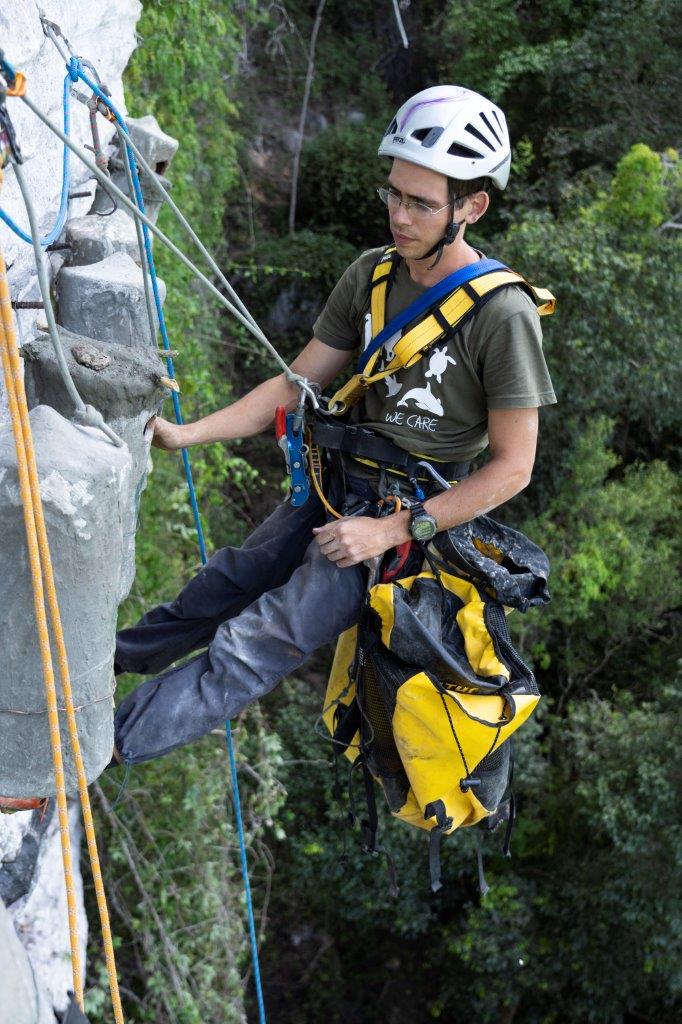 In addition, in this project, which relies on volunteer staff from the communities to monitor the area, the experts also make regular checks during the breeding season, which is the most vulnerable time for the species. 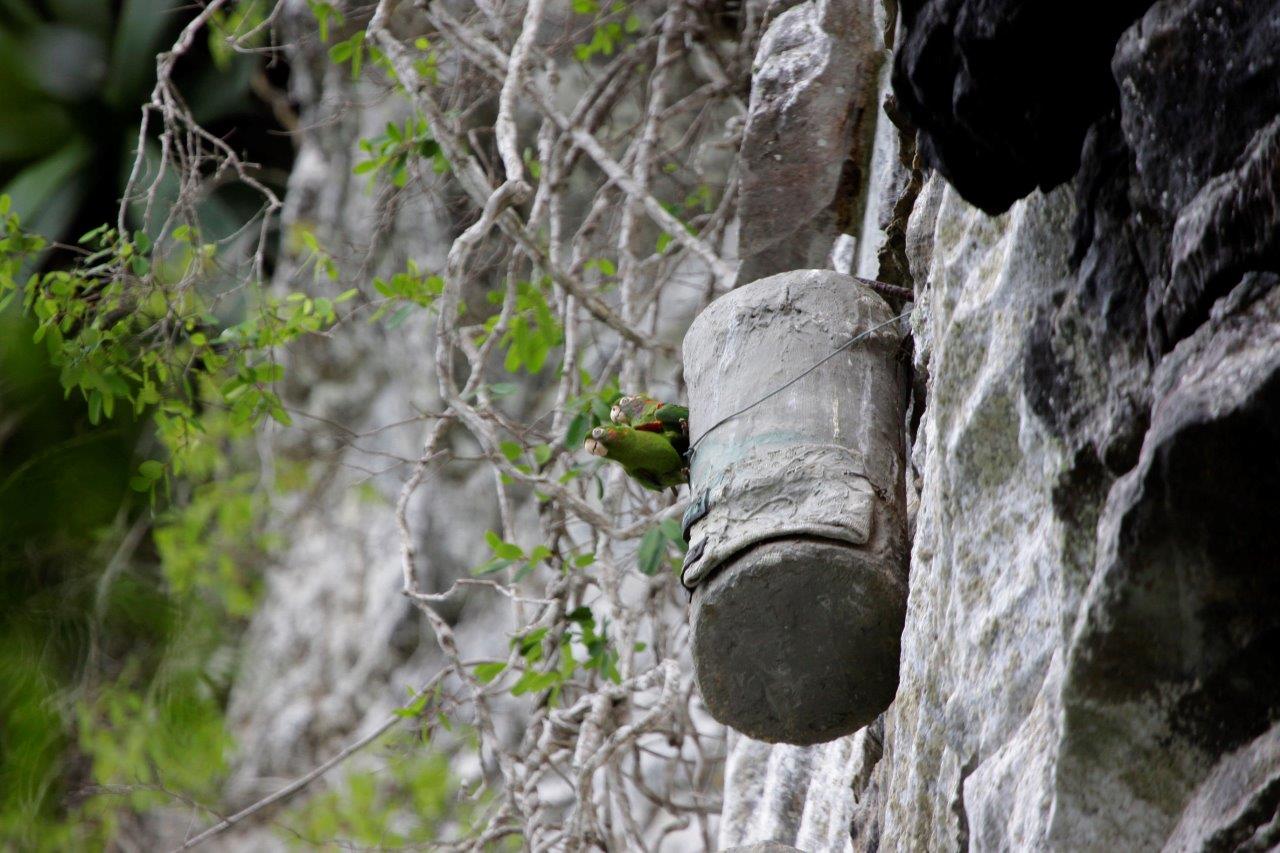 Loro Parque Fundación: 25 years of commitment and love for nature

In 1994, Loro Parque consolidated its firm commitment to environmental work through the creation of the Loro Parque Fundación, an international non-profit organization specialized in the conservation and protection of species of parrots and marine mammals, among other animals, that are in danger of extinction.

Every year, and thanks to the financing of the operational costs of the Foundation by Loro Parque, 100% of the received donations go directly to conservation and/or education projects in situ and ex situ. Thus, “100% for nature” is not just a slogan, but goes much further: it is reality.

Its numbers and results speak for themselves: more than $21.5 million invested in nearly 200 projects on five continents, and 10 species of parrots directly save