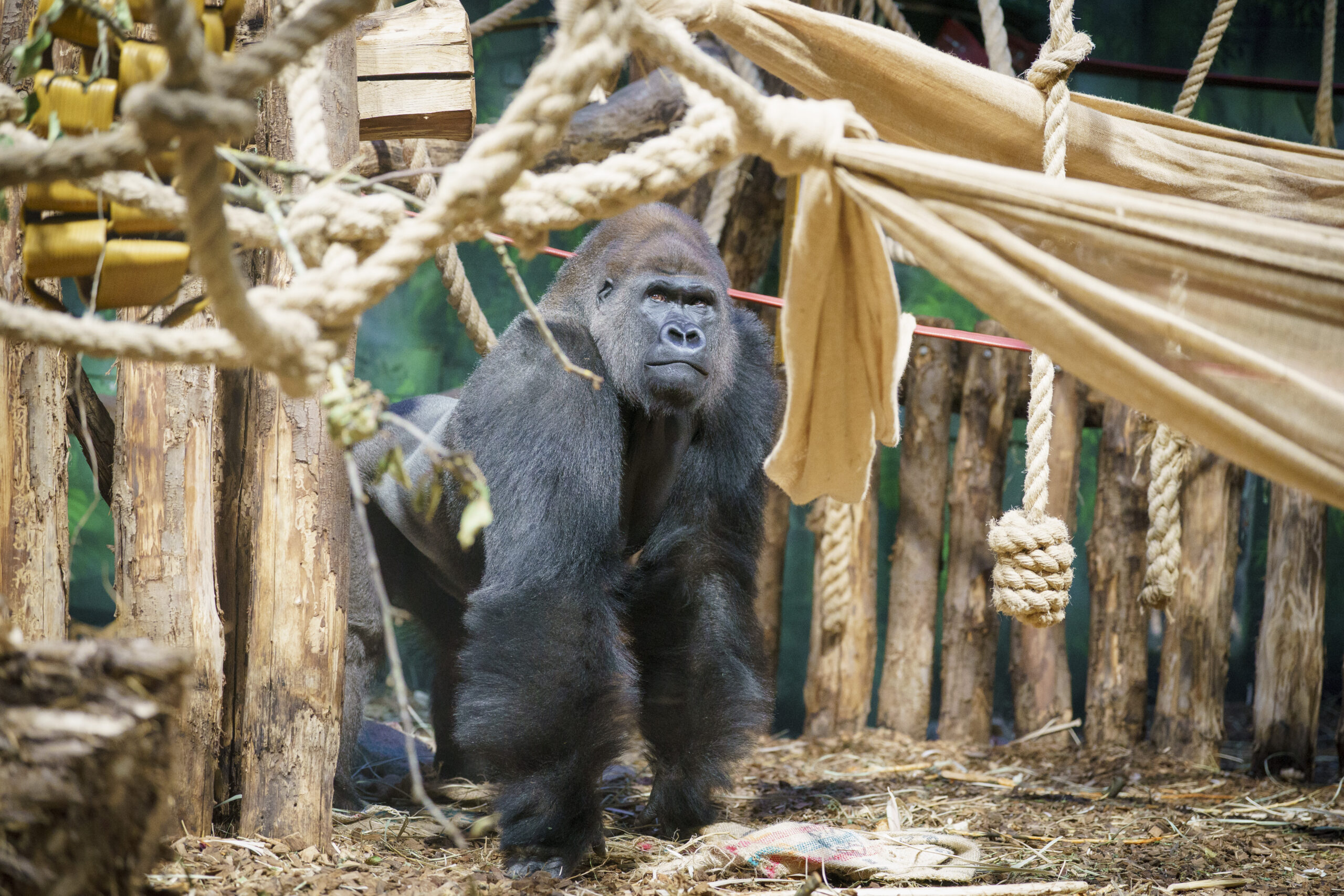 Loro Parque transferred the gorilla Kiburi to London Zoo. Kiburi is a gorilla from the German zoo in Hannover who was taken in with his brother Ubongo by Loro Parque on 28 November 2014.

After years of care and preparation by Loro Parque’s professionals, Kiburi was chosen as the most suitable, due to his age, genetics and social behaviour, to join a group of breeding gorillas in London and thus have the opportunity to interact with females, reproduce and be able to develop other behaviours.

Gorillas in the wild are known to form groups consisting of 3 to 12 females, a dominant male and juveniles. On occasions where males fail to lead their own group, they associate with each other and form groups of single males, thus avoiding isolation. In this way the gorillas live in a social group and develop a natural behaviour.

For this reason, Loro Parque decided to carry out a pioneering conservation strategy: to form a group of single male gorillas with those individuals who are not yet ready to form their own breeding group, preparing them for integration into a breeding group in the future. This strategy has been followed by other zoos over the years, and allows the genetic inheritance of these young males to be preserved, thus improving the survival prospects of the entire population of these animals. 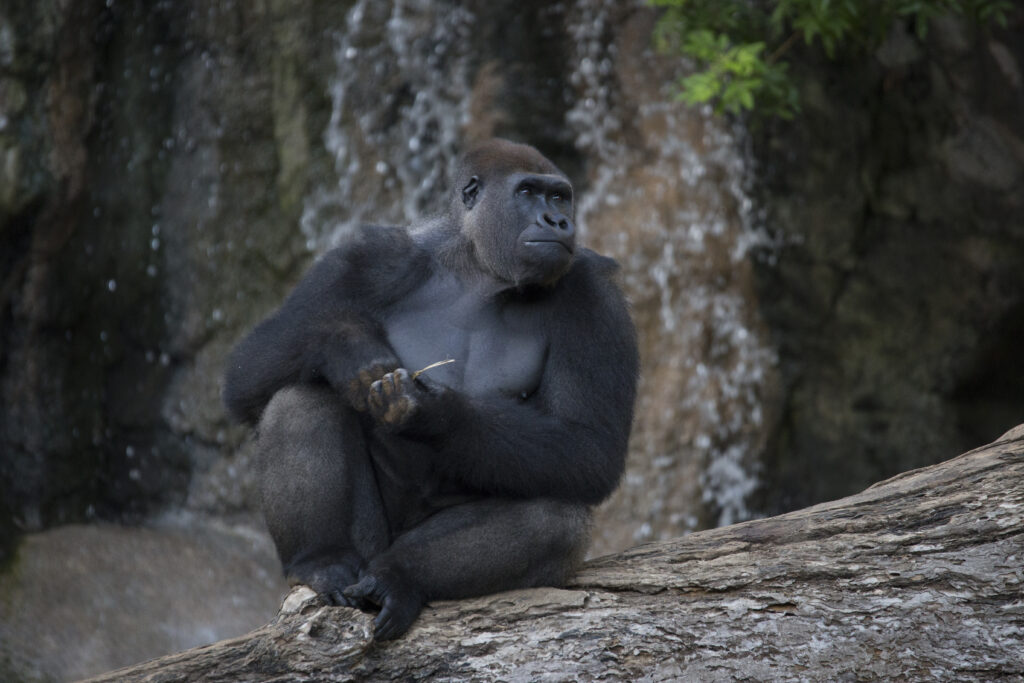 Last year, the Ex-situ programme of the European Association of Zoos and Aquaria (EEP) decided to contact the Portuguese zoo to request the transfer of a single male gorilla.

The EEP seeks to coordinate and regulate breeding groups for endangered species on a European level. Through the EEP, zoos manage the population of all animals as a whole in order to keep it genetically healthy. Consequently, both inbreeding and loss of genetic diversity of the population is avoided.

Work was done beforehand with the visit of a keeper from the host zoo to the Canarian zoological institution. The aim of this first stage was that the new keeper of the gorilla could get to know Kiburi, get to know him and establish a bond of trust between the two. At the time of the transfer, Iñaki Ezquerro, the biologist who oversees Kiburi’s care, accompanied the gorilla throughout the transfer process and stayed with him for a few days to help him adapt to his new home.

“We are very happy that he is leaving and going on his way, we are sad because he is a member of the family, but we are very happy that he is thriving and can have the opportunity to form his reproductive group and can develop other natural behaviours with females and their offspring” says Iñaki Ezquerro, head of terrestrial mammals at Loro Parque.

These actions are part of the One Plan approach for species conservation, which takes a holistic approach to wildlife preservation strategies, involving all the institutions involved in these processes, both outside and inside their natural habitats.