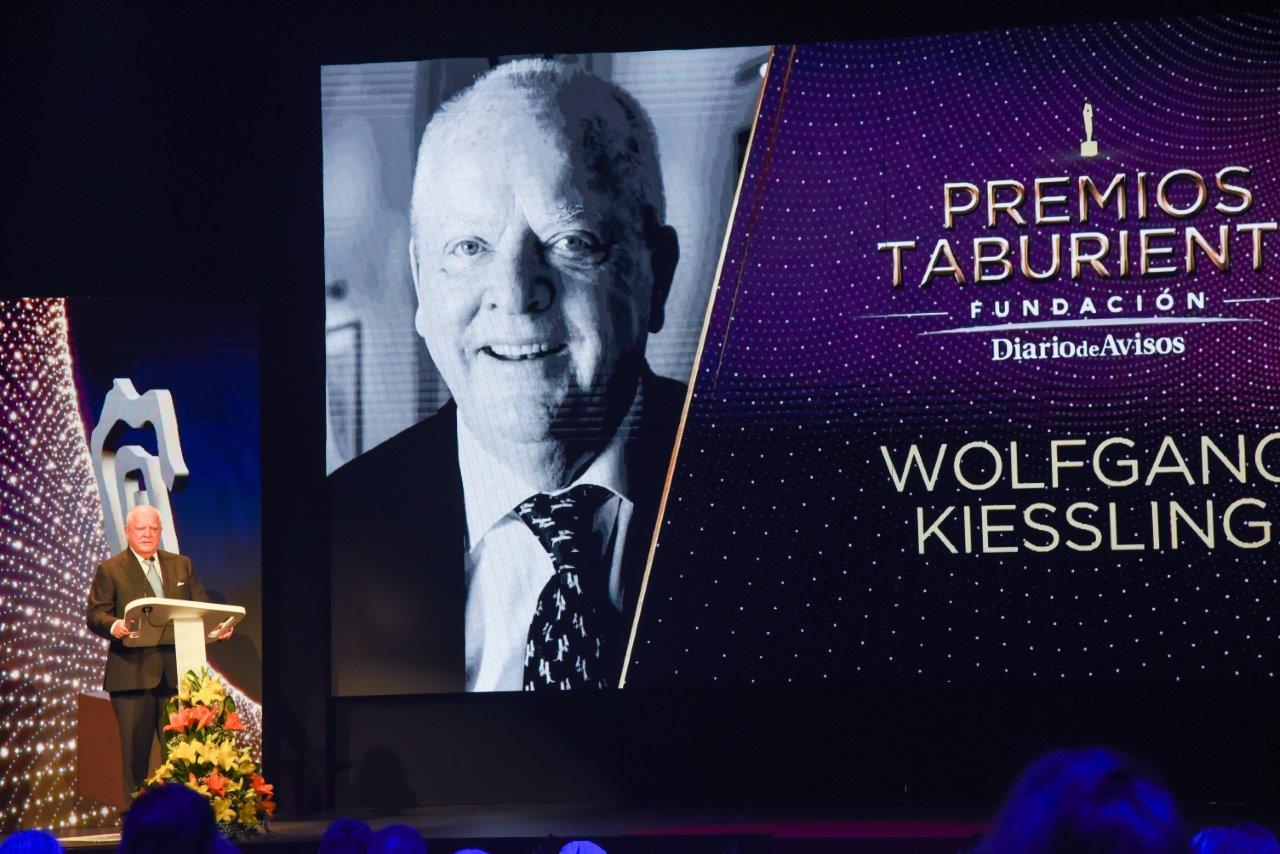 Yesterday afternoon, Thursday 28th October, Wolfgang Kiessling, president of the Loro Parque Company, received the prestigious Taburiente Award at the Guimerá Theatre, awarded by the Diario de Avisos Foundation in recognition of his excellence in business development. At the award ceremony he was surrounded by other great personalities from the world of art and culture, science and public life, also awarded for being an example both professionally and personally.

In 1972, Wolfgang Kiessling started up what was to become one of the most important zoos in the world: Loro Parque, internationally renowned, the driving force behind tourism in Tenerife and a must for anyone visiting the island. The Park has become a unique product that combines a world of leisure, a centre for research and reproduction of highly protected species and for continuous teaching on the need to protect animals and the environment –where they would develop if they were not constantly threatened by humans.

By 1994, the parrot collection had exceeded 2,000 specimens. As it was necessary to protect its great scientific value, with more than 330 species and subspecies, and its enormous living genetic potential, Wolfgang Kiessling handed over this collection to a non-profit foundation. Loro Parque Fundación, which was recognised as being of public interest by a resolution of the Spanish Ministry of Education and Science, has to date allocated more than 23 million US dollars to such important projects as the study and protection of the ocean surrounding the Canary Islands.