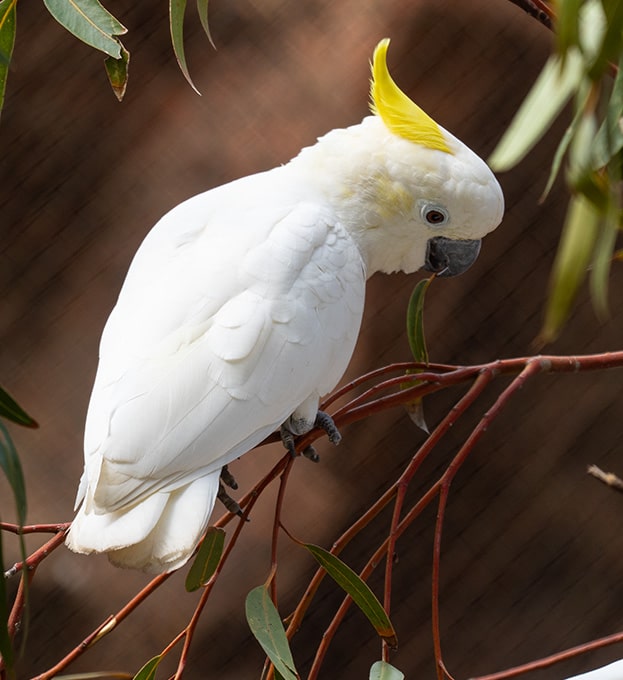 Did you know…? That Loro Parque is the only conservation centre where all the species of cockatoos in the world can be observed, many of which are on the brink of extinction.

At loro parque, we are the only wildlife conservation centre where all the cockatoo species in the world can be observed. Some of the specimens that inhabit loro parque have come directly from australia and others have been born in the loro parque foundation breeding centre.

Cockatoos are characterized by their crests of different colours. In our facilities, we have examples from small nymph cockatoos to the endangered cockatoos of the philippines or the moluccan islands, as well as exuberant black cockatoos or the exotic gang-gang, among many other species.

Massive exports, forest clearing and the greed of poachers have brought a large part of the cockatoos to the brink of extinction. Hence, their presence in the park contributes, through projects such as the philippine cockatoo, that thanks to loro parque foundation’s work for the last 20 + years has managed to increase its population significantly; meaning that it now has options to change its classification from critically threatened to threatened.